Welcome to the Funtley Village Society

The History of Funtley Village 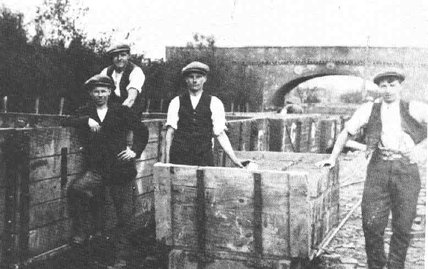 Funtley (from the Anglo-Saxon, "Funtaleg", meaning "Springs"), also spelt as Fontley, was first mentioned in the Domesday Book (see http://www.domesdaymap.co.uk/place/SU5608/funtley/).

Its medieval manor was originally a village situated west of the River Meon and is still marked by the site of Great Funtley Farm. Funtley shrank during the 15th and 16th centuries until only the manor house (now the farmhouse) and the corn mill remained. However in the 19th century, when the construction of the railway opened up the clay deposits east of the Meon, there developed to the east a new industrial hamlet, also known as Funtley, which was much larger than the original village to the west.

At one time Funtley had a very important brick and tile works with the Fontley Brick and Tile Works becoming the most important in the district. Handmade bricks (the famous ‘Fareham Reds’) from here built Ravenswood House at Knowle Hospital, various buildings in Fareham and most famously were used in the construction of the Royal Albert Hall in London.

The clay was originally trod down by workers in their bare feet but with the invention of the pug mill, the clay was mixed with water mechanically and production increased. The daily brick production was placed on boards and stacked up to six high and dried for ten days before being put outside to dry evenly. The bricks were burnt in two Scotch kilns and according to their position in the kiln were burnt in different colours.  It wasn’t until 1923, that the bricks (and by then also tiles) were made by machine.  They were sent from Funtley by rail, or from Fareham Quay by sea.

The local village pub, The Miners Arms, was named after the Welsh miners who constructed the Fareham railway tunnel. The brickworks is long closed and the clay quarry is now a fishing lake. 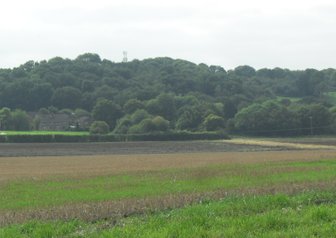 1. To help sustain a corporate interest in the village as a community

2. To foster those features of village life which the majority of the villagers consider to be of benefit to them and their neighbourhood

3. To resist those changes that the majority of villagers consider to be detrimental to them and their neighbourhood

4. To represent the views of the villagers to local authorities and other outside bodies

5. To provide a means of communication to the village for local authorities and other outside bodies